Voith’s portfolio spans renewable energy, oil & gas, paper, raw materials and transport. With over 40,000 employees and locations in over 50 countries of the world, it is one of the largest family-owned companies in Europe. Voith Hydro is a subsidiary of the Voith Group, and is a leading supplier of hydropower equipment and services, having manufactured around a third of all hydroelectric turbines and generators.

Voith’s 1 MW horizontal axis turbine HyTide 1000, with a rotor diameter of 13 m, weighed 200 tonnes. Preparatory works at EMEC commenced in summer 2011 with a 23 m monopile installed in the seabed at EMEC’s tidal test site at the Fall of Warness off the northern island of Eday. 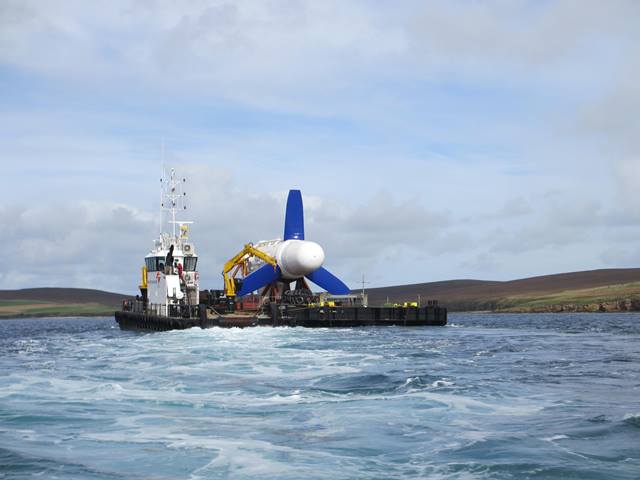