An old engineer I worked with had a sign above his desk that read:

2015 seems to have been a year with a lot of alligators.

However we have always known that getting marine renewables to work was going to be something of a roller-coaster. We have known there would be ups and downs, twists and turns, but nonetheless this year appears to have been a particularly turbulent one for the industry, and for EMEC.

Clearly the big negative news was the demise of leading wave energy company Aquamarine Power, and also the loss of seven staff here at EMEC to deal with the change in the market. We have also seen the end of other developers’ testing plans as they have left the industry.

But in the same year we have signed up new developers to come and test. A lot of new ideas have emerged and frankly we have never been busier speaking with new companies looking to harness the power of the sea.

We have also seen a more mature approach begin to develop in supply chain/component supply companies who see this as a potentially lucrative sector now that we are at last globally making commitments to deal with our carbon addiction. In an economy where renewables pay such an important role we know how important that is to setting policy. We are pleased we can still rely upon support throughout Scottish Government to help bring this innovative industry to fruition.

On a local level Orcadian companies are in demand around the world as the sparks we have struck here begin to glow in other countries too. With the right support we are sure these opportunities can be exploited.

And we should not forget that the companies installing the next generation of tidal turbines in the Pentland Firth in the Meygen project all cut their teeth in Orkney and that the local supply chain is finding its well-honed skills in demand in this challenging environment.

EMEC was set up to help bring a new industry and wealth to the Highlands. We really do see that some of the work we’ve started has begun to take root.

The challenge in 2016 is to continue to nurture and support these innovators as they find their way to success, and we look forward to working with you to tackle these challenges next year.

For now though, I’d like to wish you all a very Merry Christmas and Happy New Year.

We’re delighted to have signed two new developers to come and test at EMEC:

We also announced that Nautricity will be returning to test at EMEC, this time at the grid-connected tidal test site at Fall of Warness. This follows successful sea trials at our non-grid connected test site in 2014.

Scotrenewables Tidal Power Ltd are nearing the completion of the build of their second generation tidal turbine – the SR2000 – which will be launched next year. Having secured a recent £5.7m investment, the device – dubbed as the world’s largest tidal turbine – will begin tests at EMEC next year.

We’re continue to work closely with many other wave and tidal developers, and will have some exciting news to announce on this front early next year.

One important new venture for Scotland this year was the creation of Wave Energy Scotland – another visionary step by government to reboot the wave sector. We are very much looking forward to working on two projects awarded under the first WES Power Take Off call. 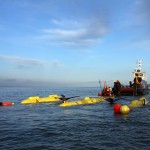 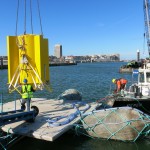 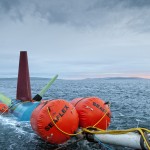 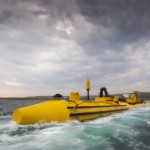 Whilst we are well known for providing test and demonstration facilities to technology developers, we are always looking for opportunities to use our infrastructure to the full to ensure maximum benefit to the marine renewables industry, and this year we had a number of interesting projects take place on our test site. 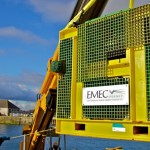 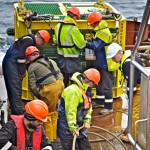 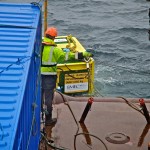 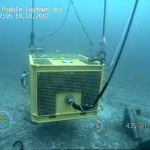 One of our highlights was the deployment of our Integrated Monitoring Pod at the Fall of Warness tidal test site back in June, a huge achievement which followed months of planning and development. The cabled pod integrates a variety of sensors and enables real-time 24/7 data feeds to EMEC, and the developers testing on site.

The pod has now been retrieved for inspection with further enhancements planned prior to being redeployed next year.

Lessons learnt from this project so far have been described in the following blog: Integrated data collection in hostile environments

There was a lot of excitement around the office in October, when a helicopter was drafted in by Orkney Islands Council to transfer a 16-foot long radar piece of a new VTS (vessel traffic system) from our wave test site at Billia Croo to our marine observations point at the Black Craig. Having been installed, the radar is part of Orkney Islands Council’s new marine traffic system which will improve the safety of marine operations across the West Coast of Orkney.

We continue to work with other countries to help develop the market for marine renewables across the globe. 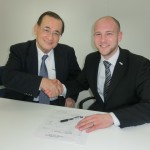 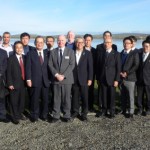 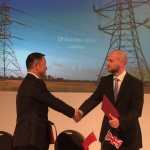 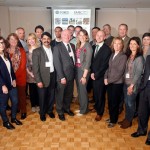 We were delighted to be recognised for our work in this area, being shortlisted for the Scottish Renewables Green Energy ‘Export’ Award. Congratulations to SgurrEnergy who won on the night, and to Green Marine and Leask Marine who jointly won the Best Supplier Award for their fantastic contribution to the Orkney marine renewables supply chain.

Closer to home, we continue to work closely with FloWave Ocean Energy Research Facility, having teamed up to support developers applying to Wave Energy Scotland’s latest funding call on novel wave energy converter concepts, as well as kicking off an ambitious programme to use real-life ocean data from EMEC to replicate Orkney’s seas in the FloWave tank.

EMEC in the media:

Media interest throughout the year has been strong, with many journalists coming from afar – from across Europe, Asia, and the Americas – to showcase the fascinating work taking place on Orkney.

Here are some of the programmes that we featured in throughout the year:

Wishing you all a Merry Christmas, and a Happy New Year