Ethnographer of Futures and Associate Professor at IT University of Copenhagen, Laura Watts, talks about her response to the UK National Infrastructure Commission’s vision for the future of the electricity grid in her guest blog.

Laura Watts is visiting Orkney this week to launch ebban an’ flowan, the world’s first poetic primer to marine renewable energy. This book, written with poet and artist, Alec Finlay, with images by Alistair Peebles, explores the Orkney islands as the leading international test site for marine energy, and expands to reflect on its relationship with the Nordic countries across the sea. Copies and information available here. 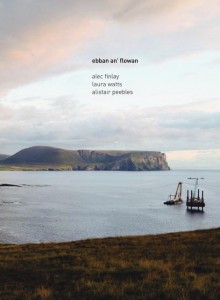 Just a few weeks ago the UK National Infrastructure Commission released its report on how the national electricity grid needs to change in order to keep the lights on, and meet the 2050 target to reduce carbon emissions by 80%. ‘Smart Power’ is its solution, combining three new infrastructure technologies: increased interconnection with other countries; localised, flexible production and consumption; and grid battery storage. ‘All change’ is its mantra. The report imagines a timescale around fifteen years from now. This is future-making work, it would appear.

I am sensitive to future technologies and prototypes that are made, but then abandoned and forgotten. The Smart Power report is filled with such forgotten prototypes. It is a government report that abandons technological developments it has already created. The report says, “these three infrastructure innovations have the potential to create a leaner, more efficient electricity system at the cutting edge of global technology”. It never mentions that all three technical solutions have already been created in Orkney.

So, it suggests a Future Power System might involve interconnectors to Norway’s hydropower and Iceland’s geothermal energy, forgetting the interconnector cable to Orkney. The wild winds and seas in these islands mean there is renewable energy to spare; they are already more than 100% energy self-sufficient. The Orkney undersea cable connects a place with excess renewable energy to mainland demand– exactly as the SmartPower report insists need to be built. Its absence in the report is curious given that the cable is overheating, almost literally, from the massive production of clean, green ‘Orkney electrons’ that are trapped in the islands, but which the UK needs to reduce carbon emissions. And all this energy is not quite so far as Norway or Iceland.

The report then suggests looking down, over the oceans to New Zealand for inspirational active grid management technology. It never looks up the coast to the Smart Grid type grid management systems that have been working in Orkney since 2006, from the early Registered Power Zone to the world’s first Active Network Management system installed in 2009. This monitors the risk to the grid and turns off generators when the wind and waves are high, and there is too much renewable electricity being generated in the local network. For almost a decade the islands have been a test site for smart grid technologies. Surely this is something to celebrate, not forget.

The report even forgets that the UK’s first grid battery (2 MW lithium-ion system built by Mitsubishi) was installed by SHEPD in Orkney, and has been running since 2013. You can see the gleaming, silver container boxes through the wire fence around the substation in the main town of Kirkwall. Instead, the report only remembers as far back as 2014, a year later, when a grid battery system was installed in Leighton Buzzard.

The ‘cutting edge of global electricity technology’, as the report calls its Future Power System, is not fifteen years hence but alive and well at the island edge.

The ‘cutting edge of global electricity technology’, as the report calls its Future Power System, is not fifteen years hence but alive and well at the island edge. This edge is not peripheral but on the cutting edge of energy futures. This should not be surprising. As has been well-shown, islands with their sensitive social, technical and environmental relations, are often barometers for planetary change, they are “the harbingers, the pioneers, the miner’s canary.” If you want to experience the future, you go to the edge.

The government knows this, they just forget. Orkney has been pioneering renewable energy and acting as a national electricity test site for almost sixty-five years. The European Marine Energy Centre is part of a long and well-established history of testing energy systems in the islands. Did you know that the UK’s first large scale wind turbine was installed here in the 1950s, its concrete and twisted metal archaeology now strewn over a seaward hilltop?

As an ethnographer, someone who gathers data first-hand and collaborates long term with people and places, I have been studying how the future is imagined and made in Orkney. For the future does not appear, unexpected, but is designed, planned, made and maintained. It takes particular people and things, in particular places, to make the future in one way and not another.

Orkney is a very particular place–perhaps you have been here, perhaps you seen the Hoy hills rise like twin moons over the wave energy test site. Marine energy and wind energy are something visceral that you feel on your face in the islands. They overflow the boundaries of a box on a spreadsheet. This energy affects the infrastructures of everyday life– the pipes and the pylons– so flows of electricity become fragile, no longer taken for granted and more visible. Orkney is unlike high-tech centres more commonly associated with future-making, such as Silicon Valley or the Thames Valley. Yet that is the point: infrastructures must adapt to this tempestuous climate. It is not surprising that smart grid and Smart Power systems, designed for flexible and adaptive energy networks, have been installed here first.

In my eight years or so working in Orkney, I have found that the islands are living in an energy future that is only imagined elsewhere.

In my eight years or so working in Orkney, I have found that the islands are living in an energy future that is only imagined elsewhere. The Smart Power report is an important call for a Future Power System, and Orkney has already answered. You can visit the Future Power System and see it working in practice. You can stand on beach pebbles and sands and touch the sea-worn interconnector cable. You can drive in one of the islands’ many Electric Vehicles. Soon you will be able to photograph a hydrogen fuel cell, charged by tide energy from EMEC’s Fall of Warness test site. To abandon this future is hubris.

I, at least, will not forget. And I write this blog post as a call to remember…

This post is inspired by a presentation I gave at the Energy Ethics workshop, St Andrews University, and Electrifying Anthropology workshop, Durham University (with thanks to the Wenner Gren Foundation). You can read the full argument and complete script for the performance and presentation here. I always welcome feedback and comments. 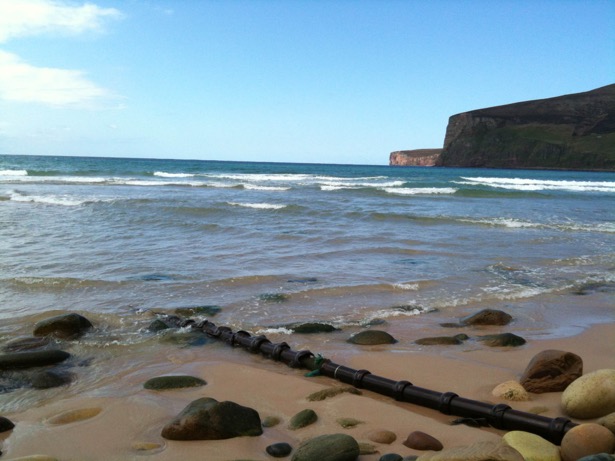