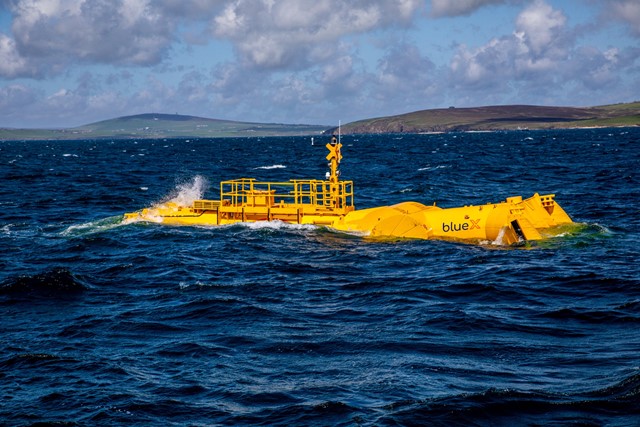 The prospect of generating clean energy from waves moved a step closer as Mocean Energy commenced testing of their Blue X wave energy prototype at EMEC in Orkney.

In the last few days the 20-metre long, 38-tonne wave machine has been towed from Kirkwall to EMEC’s Scapa Flow test site where it has been successfully moored and commissioned for initial sea trials.

Later this summer the Blue X will be moved to EMEC’s grid connected wave test site at Billia Croo on the west coast of Orkney, where it will go through its paces in more rigorous full sea conditions. 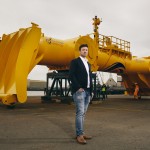 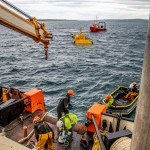 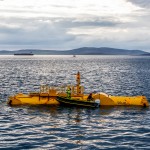 “This is a very exciting moment as we put our first prototype to test at sea.

“In the days and weeks ahead, we will produce first power and prove how the Blue X machine operates in a variety of sea states.

“In the Scapa testing phase, we will test power production and compare results against our numerical predictions, and we will test operations including towing, installation, removal, and access at sea. The device is standalone and operated wirelessly. A 4G connection allows us to send commands and download data from shore.

“I’d like to thank all of our local Orkney-based partners including EMEC, Leask Marine, Heddles, Orkney Harbour Authority and Orcades Marine for the help we have received to date.

“We believe our technology is ideally suited to a number of offshore operations, where it can make a direct contribution to net zero goals. Longer-term, we think grid-scale machines will be able to tap into deep ocean waves to generate significant quantities of clean energy,” McNatt concludes.

Next year, the wave pioneers plan to connect the device to a subsea battery which will be used to power a remotely operated autonomous underwater vehicle (AUV) – with potential applications offshore.

The deployment and demonstration of the Blue X at EMEC is being funded by Wave Energy Scotland and supported by Interreg North-West Europe’s Ocean DEMO project.

“With our abundant natural resources, expertise and forward-looking policy approach, Scotland is ideally placed to harness the enormous global market for marine energy whilst helping deliver our net zero economy, which is why the Scottish Government has long-supported marine energy and invested more than £40 million to date in the internationally-renowned Wave Energy Scotland programme.

“The deployment of Mocean Energy’s Blue X device is a proud moment for Scotland and a significant milestone in wave energy’s journey towards commercialisation. I congratulate Mocean Energy, Wave Energy Scotland, and everyone who has made this achievement possible.”

“This test programme coincides with the real prospect of a UK market support mechanism for marine energy, which could enable Britain’s wave and tidal sector to take a global lead at a time when the whole world is seeking new ways to create a net zero future.

“This is technology developed right here in Scotland, supported by a mature UK supply chain that can exploit the huge global market potential for wave energy and bring significant economic benefits.”

“Congratulations to the Mocean Energy team on the safe installation of the Blue X wave energy converter at EMEC’s Scapa Flow demonstration site. This successful operation is the culmination of many weeks of hard work and planning by Mocean Energy, EMEC and Leask Marine; we’re now eager to see how it begins its work up in the initially gentle wave climate at Scapa prior to the next stage sea trials at Billia Croo.”

The Blue X manufacture and testing programme is being supported by £3.3 million from Wave Energy Scotland (WES) through their Novel Wave Energy Converter programme.

The Blue X wave machine was fabricated in Scotland by Fife fabricator AJS Production and painted by Montrose-based Rybay Corrosion services. Numerous hardware and services were supplied by companies who have developed capabilities though the WES programme, including The University of Edinburgh who supplied their CGEN generator, Supply Design and Blackfish Engineering Design. 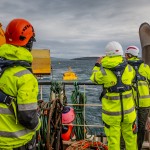 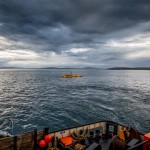 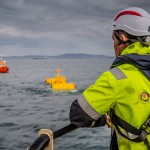