Innovate UK have granted £430,332 of funding to design and integrate a hydrogen diesel dual fuel injection system onboard a commercial ferry.

The hydrogen to be used in the project will be produced by the European Marine Energy Centre (EMEC) in Orkney, from the abundance of clean renewable energy sources available on the islands and will power a ferry operating between the main town of Kirkwall and the island of Shapinsay.

The 12-month HyDIME (Hydrogen Diesel Injection in a Marine Environment) project, formally started on 1st August 2018, will provide a stepping stone to de-risk and kick-start future hydrogen marine projects and contribute to reducing emissions within the maritime industry. 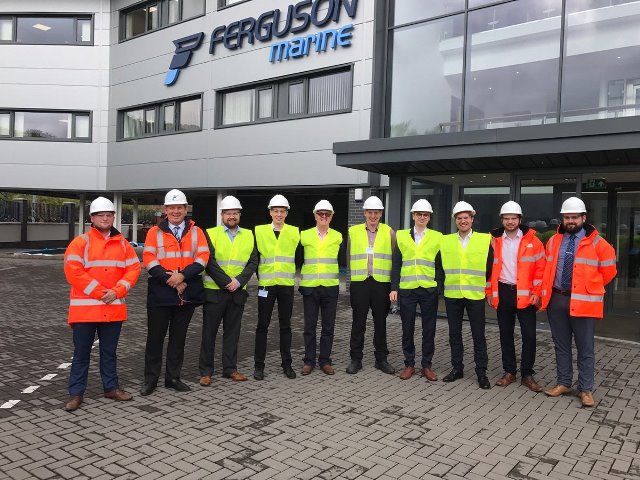 The aim of HyDIME is to prove the use of hydrogen/diesel injection technology in the marine industry. Ferguson Marine, in conjunction ULEMCo will develop the design of how this technology can work in tandem with existing systems to power auxiliary units onboard vessels.

Following this, the system will be physically integrated and will result in the UK’s first hydrogen injection system on this type of vessel. 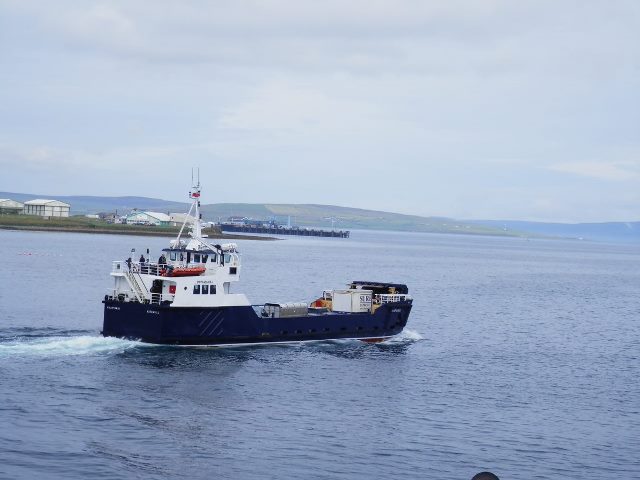 Orkney is the ideal location for the HyDIME project. As one of the renewable energy leaders in the UK, Orkney offers the infrastructure to produce completely green hydrogen. On the Island of Eday, there is often a surplus of renewable electricity which, instead of being wasted, is fed into an electrolyser sited at EMEC’s tidal test facility. The electrolyser splits water into hydrogen and oxygen, the former of which can then be stored and transported.

As part of the project, HSSMI will conduct a scale-up analysis and carry out a techno-economic assessment of the current system and of potential future scenarios. The aim is to determine if there are any other regions of the UK where similar hydrogen infrastructure could be implemented, leading to similar and larger projects to contribute towards growing the hydrogen economy in the UK.

“Over recent years Ferguson Marine has been at the global forefront of green marine propulsion technology development. This exciting project is yet another positive step on that journey, joining up with world leading technology innovators to move us one step closer to our goal of delivering a zero-emission, hydrogen powered commercial ROPAX ferry by 2020.”

“HSSMI have a rich history within the automotive sector, and with a newly opened office in Glasgow, we are looking to transfer our learnings from this industry and our knowledge of advanced manufacturing into different sectors. We believe that developing a hydrogen economy within Scotland and the greater UK is essential for decarbonising transportation and energy production. HyDIME is an exciting first step on this journey.”

“Orkney has an abundance of renewable electricity which the local grid cannot cope with. This led EMEC to look into alternative ways to store and use electricity so that Orkney’s wind, tidal and wave power potential could be fully realised. Having invested in an electrolyser to generate hydrogen from Eday’s tidal and wind resources, EMEC has been exploring various opportunities to support the development of a hydrogen economy on the islands. The potential for developing hydrogen powered vessels is one of the most exciting prospects, particularly given the number of carbon-intensive inter-island ferries located here. We’re really excited to be part of this project to create a ferry run on a carbon neutral fuel.”

“Orkney islands council and the Ferry services are very proud to be part of this ground-breaking project; which may lead the way to reducing the many form of pollutants released when using hydrocarbons and lead onto communities producing some of the energy for their own transport.”