At no other site in the world would you find such an array of tidal energy devices.

In addition, a giant 1000-tonne crane has been assembled on the pier and a number of local companies who are working for the developers have been operating quayside. Beyond the marine renewables activity that is being witnessed, the pier is also benefiting other industries, with cruise liners, offshore supply vessels and the ferry having recently made use of the facilities.

Eileen Linklater, EMEC’s Client Relationship Manager, commented that “it’s fantastic to see the new extension being utilised so soon after opening, and credit should be given to the council for investing in the port infrastructure around Orkney which is truly a benefit, not only to our clients, but other industries as well.” 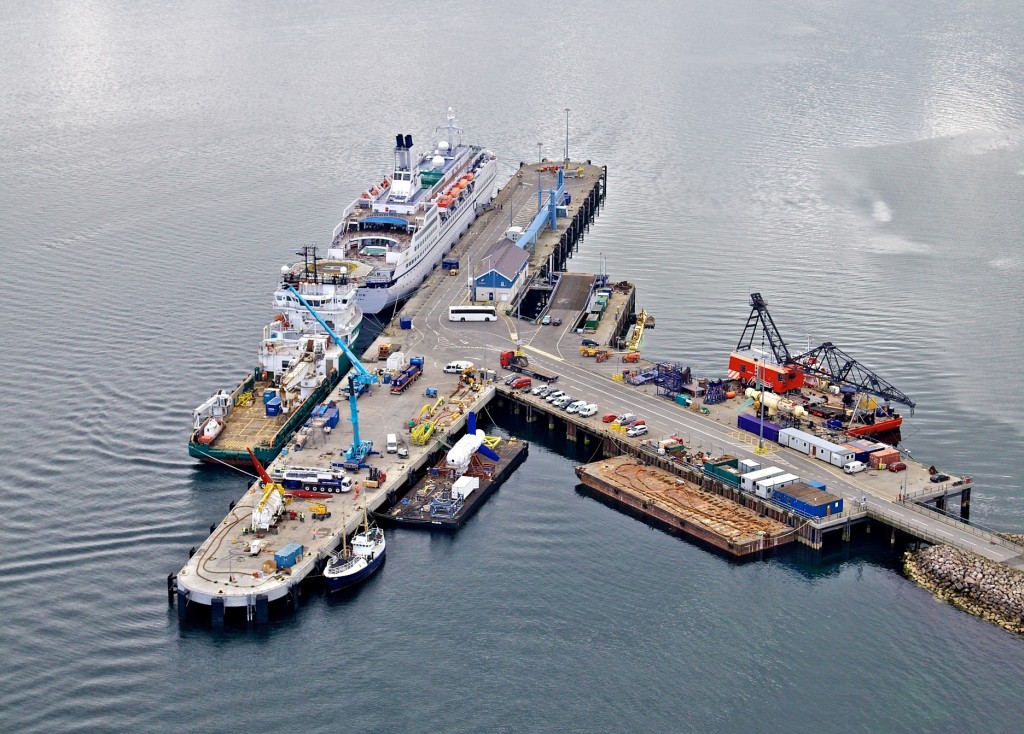 At 385 metres, Hatston Pier is now Scotland’s longest commercial deep-water berth. The 160-metre extension was built to provide a major support and logistics base for marine renewable energy industry and was officially opened earlier this year. Orkney Islands Council’s £8 million project to extend Hatston Pier on the outskirts of Kirkwall attracted £3.2 million in support from the European Regional Development Fund (ERDF).

Jim Foubister, Council Vice-Convener, said: “Without the extension, it would have been impossible for so many companies to have sufficient space to work alongside each other as they prepare their turbines for sea.”