Blog: The need to redirect regulators to reach net zero

We get a lot of visitors coming to see what we are up to in Orkney. In the last few months we have welcomed three UK Ministers, MPs and MSPs of every hue and civil servants from multiple disciplines.

I believe all go away impressed by what is going on here and invigorated by the can-do atmosphere… or maybe it is just the wind and salt spray! The results of such interactions often come back to us many years later when tales of trips are heard being recounted and it is always a pleasure to hear the impressions left.

Sometimes, however, we get more immediate feedback and last week was a case in point. The Scottish Affairs Committee of the House of Commons came up to Orkney in June and we went out to see Orbital Marine Power and Magallanes’ tidal turbines on our test site off the island of Eday. 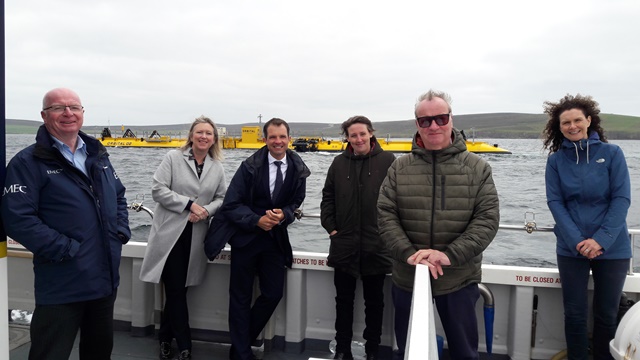 It was an impactful day and seeing the raw power of the sea churn past the machines is really striking. It is hard to realise that these bow waves are not caused by the vessels being pulled through the water, but actually it is the sea moving past the machine. Suddenly seeing the vast bulk of water (500,000,000 tonnes an hour) charge through the site gives a clear understanding of the epic forces we have under the keel and it fires the imagination of what human ingenuity can do.

Last week the Committee published the results of their inquiry into Renewable Energy in Scotland and we are delighted to see that the visit to Orkney left such a lasting impression.

Being at the leading edge of innovation provides a unique insight into many matters; matters that can seem esoteric when grappling with pressing matters such as the shortage of carbon dioxide, the price of energy or the need to create prosperity in our post-Brexit world. However, island communities have a disturbing way of showing in stark contrast how most matters are interconnected. With care, vision and ingenuity challenges can be linked and turned to advantage.

During the Committee’s evidence sessions in Kirkwall they clearly heard how the 20th century structures (and strictures) created to manage a newly privatised energy system are now holding back the new mission; the drive to net zero. OFGEM’s fixation on ‘the lowest possible cost to the consumer’ is preventing investment in a renewables-dominated energy system because the decisions OFGEM takes are presently immune to arguments of planetary jeopardy.

But what is more pressing is that OFGEM’s approach is directly harming the UK’s opportunities to excel at something in which we have a natural advantage. And that is harming employment.

But to be fair, it isn’t OFGEM fault; well not entirely. Set up as regulator to ensure ‘consumer price protection’ and ‘security of supply’ they have been very effective at doing both. The lights have not gone out and most consumers have been able to afford electricity and gas. They have done what was asked of them (largely) by Government.

However, the world has changed. The cost and security challenges are still there, but the present risks are that the nation needs new industries in which we can excel in a post Brexit world, and it needs domestic supplies of fossil free energy to decarbonise.

What hasn’t changed is OFGEM’s remit. The last guidance issued to OFGEM by the Secretary of State for Energy was in 2010 by Chris Huhne. That is getting on for 12 years ago!

Who cares about guidance?

Guidance and direction are critically important, because if Government fails to direct the regulator to become part of the solution for decarbonisation then they will carry on along their old trajectory. That in turn means the businesses they regulate will continue to do what the regulator allows them to, which is focus almost exclusively on the old objectives. And for us that means local operator SSEN, and the national grid, will continue to fail on delivering the infrastructure we need to make the most of the natural resources we can harvest. The outcome will be fewer jobs and the UK’s opportunities to lead and develop a new sustainable sector will be thwarted.

Don’t get us wrong: we want to see a properly regulated energy industry. It is too important to the nation to be left purely to the market. We have seen in the last week what happens when you have too many insubstantial companies chasing the consumer’s attention and then a problem arises. This week has shown that an energy industry is really one who makes and sells the stuff, not one who just haggles and trades in the bazaar and sells others’ wares on a slim margin for a quick profit. We have seen through the logos and the glossy addresses to discover that the edifice of ‘the market’ could be simply disrupted by a light breeze and a distant political change. The week has shown the folly of failing to have buffer and stores, and it has shown that the drive to ‘as cheap as possible’ only succeeds in stripping out resilience.

It is hard, at this distance from OFGEM’s circles, not to feel that this has been a bit of an ‘Emperor’s New Clothes’ moment. We experience daily the effects of a lack of attention to matters of substance (infrastructure) but see all the twittering and fripperies of chasing ever decreasing margins as a distraction from the real job; making new energy systems work.

As we see it: if you want something that will support the economy, jobs and deliver carbon free electricity, then nationally we need to roll our sleeves up and apply ourselves to the task of building it. In the Prime Minister’s words to the UN ‘We need to grow up’, and as far as we are concerned that means the regulator needs to do so too.

The point was developed in the Committee’s hearing that we need to have regulation fit for the present task; not the old days. We first need a properly tasked regulator, and issuing that tasking is the Government’s job.

We also pointed out that the power to do that is already on the statute books (source: 1989 Electricity Act), so it does not need legislation or Parliamentary time. It just needs to be issued.

The Committee’s final report agrees when in its 6th recommendation it says:

“We recommend that the UK Government amend Ofgem’s statutory duties to consider net zero targets in all its decision making, alongside the duty to protect the interests of existing and future consumers.”

Tidal energy is poised to help deliver on the UK’s decarbonisation obligations. The R&D has shown it works and industry has shown it can do this here (the Orbital machine has 80% UK supply chain content!). We now need to see all parts of Government ‘grow up’ and recognise that this opportunity is right here, right now. We need our leadership to decide to play their part in making this happen and use the tools Parliament has already given them. Now. 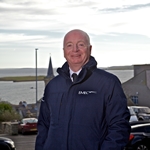