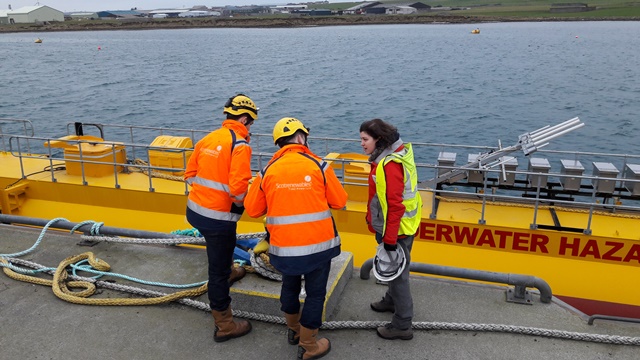 Hoy is a hilly island off the Orkney mainland. The parishes of the island divide it in two – lumping one half together with the island to the south and one with the island to the north. It might seem strange to divide the island this way, but that is before you remember that it was once much easier to sail across a narrow channel to one of the other islands than cross over the hill in the middle.

The history of Orkney writes large the advantages of an economy based on water over land. Today, with our globalised and service-based economy driven by the South East of England, it can be hard to imagine the power of regional economies, driven by clever and sustainable uses of natural resources. Yet the world heritage stone circles, burial mounds and settlements on the islands are testament to the Kingdom of Orkney’s expansive and hugely significant prehistoric economy.

Regional growth and sustainable use of natural resources are back in mainstream policy thinking, key themes in the Government’s flagship industrial strategy. Officials thinking about how geography defines opportunities for economic growth, new industries, and local communities could do worse than visit the European Marine Energy Centre (EMEC) in Orkney, as I did this week.

The islands are visibly buzzing with marine energy development: Orkney has some of the most powerful waves and tides in the world – sometimes reaching higher than a couple of double-decker buses. The largest tidal device in the world, Scotrenewables’ SR2000 was literally moments away from full commissioning. On Hatson Pier, you can see Tocardo, Wello, Sustainable Marine Energy tidal and wave devices all getting ready for the rough seas. Speaking to the local businesses that serve these projects, such as Green Marine, this season will be their busiest yet. The companies on these small islands are all striving to win a now global race to establish marine energy.

“Local supply chain” is a bland way to describe the very colourful businesses that surround marine energy in Orkney. For example, Leask Marine started off doing commercial diving for civil engineering and other sectors. Now, after diving on every one of the 27 devices that has come through EMEC, they’ve built themselves a fabrication yard and are manufacturing standardised components for future marine energy devices, based on the ten years they spent underwater working on the projects of today.

Renewables companies here aren’t just developing wave and tidal technologies. Burgar Hill was one of the first test sites for onshore wind in the UK, when we still led the world in turbine development, and when onshore wind, now our cheapest power generation technology, was considered an expensive alternative. Today, just across from Burgar Hill, sits a wind farm with one of the most efficient turbines leading company ENERCON has ever sold. Orkney’s abundant natural resources mean that it produces 120% of its annual energy demand from renewables. This has made it well placed to innovate. It was a world-leader in energy system management, turning their wind turbines on and off by the second to balance demand and keep the lights on. In 2017, Orkney will be the first place ever to power ferries through hydrogen electrolysis.

Technology innovation and changing markets are fundamentally altering the geography of our energy system and the industries that support it. Instead of being concentrated in oil rigs and large thermal power plants, our energy comes from places, people and projects nearer to us and where we live. Instead of sourcing our power from the North Sea and the Middle East, we are establishing new industrial clusters in Wales, the south west, the Isle of Wight and Solent and the Highlands and Islands. To most people, imagining what the global energy transition might mean for our infrastructure, our regions, and our businesses might look as strange as the parishes of Hoy Island. To the people living in Orkney, it looks perfectly normal. Maybe it’s time for the rest of the UK to look at things the islanders’ way.