Press release: One week to save the future of tidal stream energy in the UK 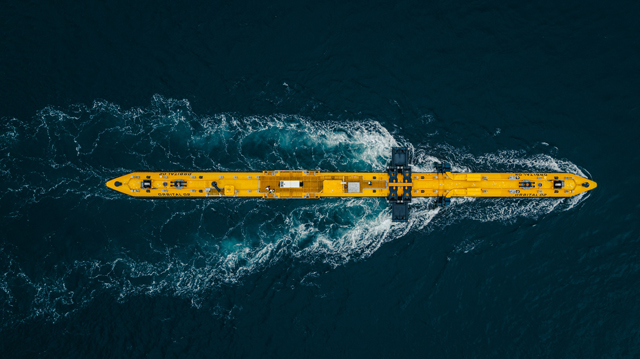 Leading figures in the marine energy sector have warned that the UK’s world-leading position can only be maintained with “practical support from Government to match its undoubted goodwill”.

The key issue is that, while funding for tidal stream energy has theoretically been made available, there is no ring-fenced “minima” committed specifically to the technology through the Contracts for Difference scheme which supports low carbon generation.

Unless urgent action is taken and a “pot within a pot” for tidal stream energy is established – as has been proposed to support floating offshore wind – this UK-built technology will be outcompeted by other forms of generation. As a result, the additional renewable energy called for by the Prime Minister in the Government’s Net Zero Strategy and at COP26 will not be realised.

Tidal stream technology is distinct from tidal barrage or tidal lagoon. With tidal stream, electricity is generated by harnessing the power of tidal currents through a turbine, with multiple machines operating together much like a wind farm.

The technology is scalable with a clear cost reduction trajectory.

The latest round of the Government’s Contracts for Difference scheme, known as AR4, is due to open on Monday 13 December and will be critical in delivering support for green energy projects. The draft budget framework, published in September, contains no ring-fenced support for tidal stream energy and hence will deliver zero tidal energy to the UK grid.

Britain’s technological lead and new manufacturing jobs in this global industry risk being lost overseas if action is not taken. The sector is calling for “modest policy changes” by Friday 26 November if it is to secure a route to market for tidal stream energy in the next round of energy auctions.

The call for support comes after comments from the Prime Minister stating that: “I am interested in tidal power and contracts for difference for tidal power” and that “the Government should invest in making sure we have a tidal power industry in this country”. Despite these words, no commitment has yet been made to provide the support needed.

The deadline for introducing a ring-fence within AR4 is Friday 26 November and there is a very real worry in the industry that Whitehall inertia may thwart the UK industry’s massive potential.

Alistair Carmichael, Member of Parliament for Orkney and Shetland said:

“The United Kingdom is at the forefront of the development of tidal stream energy – something we are rightly proud of here in the Northern Isles. We know that the potential benefits to our economy and the environment could be enormous, with job opportunities across the country and export markets waiting. All that is needed is that modest boost from the government to get this industry to full commercial rollout, ready to compete with other established renewable technologies. This is the last great hurdle.

“Waves of ministers and political leaders – including the Prime Minister himself – have come to the isles to see for themselves the strides made by EMEC and Orbital Marine Power in ramping up tidal stream technology. It is time that they matched the positive words with the necessary fiscal support. We know that others globally are making their own investments in tidal stream – if we want to protect our hard-won lead in this sector we have to act now.” 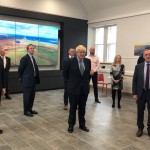 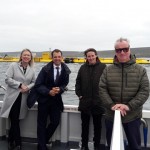 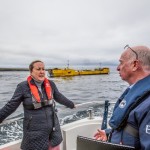 “The Government has made clear its commitment to Net Zero and took the stage at COP26 to showcase its green ambitions. However, technologies such as tidal stream need a clear route to market if they are to deliver.

“We need practical support and understanding from the Government at this crucial juncture, to match its undoubted goodwill and positive intentions.

“The UK has the largest tidal energy resource in Europe, and one of the best in the world. No country is better placed to maximise the opportunity to build a home-grown sustainable energy sector that can take the best of British technology to the global marketplace.

“The Government has demonstrated its support for floating offshore wind by setting a 1 GW deployment target and providing ring-fenced support at £24 million. We are looking for the same support for tidal stream – a shared ambition and a dedicated pot of money to support this innovative technology.

“This is not about asking for more money, but for ring-fenced support. We can deliver a great British success story if that modest point is grasped and acted upon.

“Indeed, this point was recognised by the Secretary of State for Business, Energy and Industrial Strategy in December 2020 when, as a minister, he said “I am very sympathetic to ideas [...] of having a pot within a pot.” and stated his support for a “reserved quantum for marine projects, particularly tidal projects”. It is incredibly disappointing that this support has not yet materialised.

“Tidal stream is in the same position as offshore wind was a few years ago. The sector requires a level of market support to drive deployment and then, as the scale increases, the costs will come down – exactly as they have done for offshore wind.

“It is unrealistic to pit tidal stream against more mature technologies at this juncture, which is why Government support is so critical at this time.

“All of the benefits of tidal stream stand to be lost unless a modest change is made to the Contracts for Difference framework; for which a final decision will need to be taken before the end of November.

“Following COP26, we have a window of opportunity to realise the benefits of tidal stream energy. The potential is ours to be unlocked. The job of the Government isn’t to merely state its support for renewables; it needs to act on it. Today.”

“The UK currently leads the world in the race to develop and deploy this innovative green industrial opportunity. I am proud that Orbital’s pioneering O2 turbine has a supply chain stretching the length and breadth of the UK and uses over 80 per cent UK content. We have shown that tidal stream energy in the UK can deliver not only clean energy, but sustainable high-quality green jobs too at an intensity not witnessed before in the UK.

“Orbital was honoured to have been a guest of the Government at the Global Investment Summit and to be showcased at COP26 on UK Presidential Pavilion as a leading innovative, low-carbon technology developer. We continue to grow private sector endorsement and investment in our vision, most notably and recently from the major offshore contractor TechnipFMC, in a clear endorsement of our ability to create a new industrial venture which can deliver a just transition for existing capabilities and deliver long term value to a growing global market for clean energy.

“The question is: does the UK want to capitalise on that?”

“The vibrant domestic tidal energy market in the UK sector stands poised to deliver green jobs in coastal communities and manufacturing centres across all nations of the Union: from Orkney to the Isle of Wight. We have the opportunity to secure the UK’s world-leading position, a dominant global market share and demonstrate our strengths in innovation and leadership in tackling climate change.

“At PTEC we are delighted to be able to use a UK-developed and UK-built technology like Orbital’s turbines. But the development of a strong domestic market will depend on whether decisive action is taken by Government now to provide dedicated support to tidal stream energy and secure the opportunity before us.”