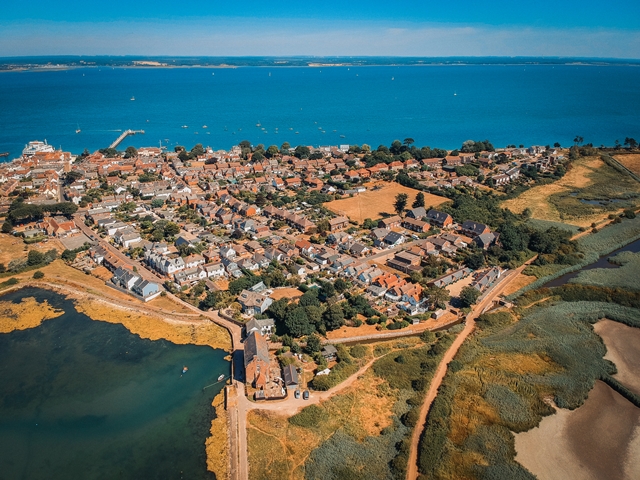 Ricardo and the European Marine Energy Centre (EMEC) are supporting the delivery of a new solar powered hydrogen production facility which is being developed as part of feasibility funding from the Rural Community Energy Fund. Wight Community Energy will test the viability of developing renewable energy solutions to support the local community and reduce environmental impact.

The project will look at using existing solar capacity to produce hydrogen as an alternative to high-carbon fossil fuels. Ricardo’s experts will assess the scale of hydrogen production and use, as well as the commercial model for the facility.

Project partners at EMEC Hydrogen, the organisation’s green hydrogen R&D arm, will assess the safety and regulatory aspects of the project, focusing on the use of hydrogen in the maritime sector.

Potential users of the hydrogen produced could include the ferry and bus companies, the rail network, commercial vehicles, or marine propulsion. Alternatively, hydrogen generated from surplus solar energy could be used as a means of energy storage.

This project follows on from Ricardo and EMEC’s work assessing opportunities for using hydrogen as a zero-carbon fuel for transport.

The development of the hydrogen facility will be one of two community-led renewable energy schemes on the Isle of Wight. Both schemes have the opportunity to not only significantly help reduce the Isle of Wight’s demands for fossil-fuel based energy, but could also provide financial support to the community, with the surplus income of an existing solar farm helping to tackle fuel poverty for around 80 Island households.

“The constraints of the Island’s electricity network mean that a radical approach is needed if we are to be successful in achieving a shift to 100 percent renewable energy, an ambition we share with the Isle of Wight Council. We believe that developing hydrogen production while expanding our existing solar capacity could be a really promising avenue to explore and we are excited to progress these feasibility studies.”

“Hydrogen has the potential both to displace the use of fossil fuels with cleaner and more environmentally friendly alternative, as well as offering a means of storing and buffering energy from renewable resources such as wind and solar. Ricardo has worked on a wide range of community energy projects and we’re proud to utilize our renewable energy expertise to support the residents of the Isle of Wight in the delivery in this innovative hydrogen project.”

“It’s great to see the learning from our green hydrogen demonstrator projects in Orkney benefitting islanded communities at the other end of the UK. Our hydrogen projects focus on the generation of hydrogen from renewable sources and the decarbonisation of lifeline island services such as ferries. EMEC is passionate about pushing for a decarbonised island cluster by 2030 and believe that green hydrogen has a key role to play in the net zero energy mix.”