The EU has invested €10.5 million to the second phase of the transnational, multi-million euro initiative, MaRINET2, which aims to help industry accelerate the development of offshore renewable energy technologies and infrastructure by opening up access to 57 test facilities across 13 European countries, including the European Marine Energy Centre (EMEC) in Orkney.

The project is co-ordinated by MaREI, the Centre for Marine and Renewable Energy, at University College Cork.

MaRINET2, the Marine Renewables Infrastructure Network, is a network of 39 partners, involving research centres and organisations who work together to progress offshore renewable energy technologies such as wave, tidal and offshore-wind. This pan-European network will provide marine energy development companies, entrepreneurs, start-ups and researchers with fully-funded access to marine energy experts and the world’s leading wave, tidal and offshore-wind test facilities.

Speaking at the launch of MaRINET2 in Dublin, Dr. Jimmy Murphy, Co-ordinator of MaRINET2 said:

“MaRINET is a model for success and demonstrates what we can achieve in terms of collaboration and sharing knowledge transnationally. It will reduce the risk and financial burden of technology development in the offshore renewable energy sector.”

MaRINET2 promotes standardisation of testing across these 39 European partners allowing all testing in these facilities and others, to be repeatable and standardised. This structured approach has gained international recognition and praise across this emerging sector.

“By offering European-wide access to marine energy testing we ensure that the best facilities and expertise in the world are being made available to more people, and that developers are saving several thousands of euro during critical development phases of their technology.”

In total, over 700 weeks of access was made available in the first MaRINET project with 178 projects and 800 companies over the 4.5-year initiative which ended in 2016.

Magallanes successfully deployed its floating turbine at EMEC in November 2014, supported by the EU-funded Marinet project. The 1:10 scale ‘ATIR’ prototype was installed on EMEC’s Shapinsay Sound test site.
Magallanes has been developing their concept since 2007, already having trialled previous prototypes in test tank and river conditions. The Magallanes Project decided to test their 1:10 scale model at EMEC as a first step towards testing of a full-scale prototype – 42 meters in length and 350 tons in weight.

MaRINET2 is now building on this success, increasing from 29 partner organisations in 11 countries in the first MaRINET cycle, to 39 partners representing 59 testing and research facilities across 13 countries in this second phase running from 2017 to 2021. 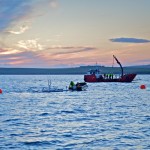 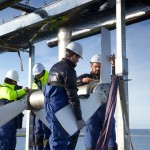 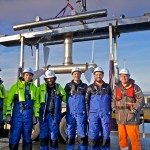