Our oceans are an abundant source of energy which can support a global energy transition and drive a blue economy. However, a clear and accessible route to market is required, writes Eileen Linklater, External Relationship Manager, EMEC. 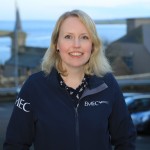 One of the major barriers to commercialising marine energy has been the lack of clear policy support, and in particular the lack of revenue support, for developing technologies. It has however, been encouraging to see some great strides forward in government support for marine energy, over recent months, including:

Whilst there’s still a way to go, the article below explains why it’s so important that we secure these support mechanisms.

Clean energy from our oceans

Harnessing the power of the ocean to provide clean energy for our planet is on a par with the most demanding of engineering challenges ever faced by humanity.

According to the World Energy Council, an estimated two terawatts (two million megawatts) of power could be generated from Earth’s oceans – about double current world electricity production – with the sea providing 15-20-per-cent of the UK’s electricity needs.

There’s massive economic potential in marine energy too, with the UK well placed to sustainably exploit it, and help a green recovery in the wake of the COVID-19 pandemic.

Estimates put the net cumulative benefit to the UK of tidal stream energy alone at £1.4bn between now and 2030, with the prospect of 4,000 jobs being created by the sector. Wave energy generation, whilst technically a much tougher nut to crack, has a potential benefit over the next 20 years of £3.0bn UK benefit, with 8,100 jobs up for grabs.

It’s also likely the majority of those economic benefits would land in the peripheral UK communities where wave and tidal stream energy development and deployment is focused.

Additionally, marine energy represents an opportunity for us to bridge the gap between UK innovation and application, and reverse the trend where our home-grown technology generates billions of dollars and skilled jobs for overseas companies. Wave and tidal stream are the only renewable sectors where the UK can still take a primary position as the lead global developer of the technology. 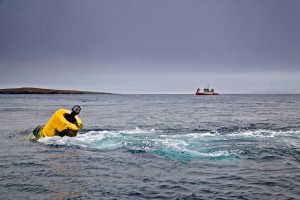 The UK Marine Energy sector currently embraces 22 tidal stream technology developers and 23 wave technology developers, with an estimated investment to date in excess of £500m of private capital, as well as £70m in direct public support. These developers are based throughout the UK with deployment centred on Scotland, Wales, Northern Ireland and the South West and South Coast of England.

The progress that has been made by wave and tidal stream technology developers has been hard won, with many admirable firsts achieved along the way, but the sector is now at a critical stage with a need to increase scale and make the final step to commercial deployment.

Funding, as ever, remains the greatest obstacle to the achievement of this goal and for this the sector needs revenue support, payments above the standard market rate. To date, the sector has had to compete for revenue support with ‘emerging’ technologies such as offshore wind in Pot 2 of the UK Government’s Contract for Difference (CfD) funding auction rounds, managed by the Department for Business, Energy and Industrial Strategy (BEIS).

However, this approach is not suitable for wave and tidal stream technology developers at their early stage of development when they just want to deploy early stage devices and arrays.

The UK Marine Energy Council has therefore developed a complementary proposal – the Innovation Power Purchase Agreement (IPPA), which is designed to support technology developers to reach commercial readiness whilst focusing on and rewarding a rigorously regulated cost reduction trajectory.

Under the scheme a developer would sell electricity at a higher than market price (set by BEIS). The buyer would then be able to reclaim the whole of the excess cost against tax in the form of a rebate or tax credit. Importantly, the IPPA would only reward success, thus a technology that did not produce power would not be paid, and those that could not reduce costs would not progress.

In Scotland’s Orkney Islands – home to the EMEC, and very much a peripheral community – there’s hard evidence of the economic value of marine energy.

Since EMEC was established in 2003, with £36 million of public sector investment, its presence has delivered to the UK a GVA of £284.7 million, with 4,224 full-time equivalent (FTE) job years.

A highly skilled local supply chain supporting over 200 jobs has also built up around EMEC and the R&D activity undertaken at its wave and tidal facilities in the islands.

The company, which employs 32 staff across bases in Orkney and Edinburgh, is one of EMEC’s longest standing clients, most recently deploying its SR2000 at EMEC’s Fall of Warness tidal test site. At a rated capacity of 2 MW the SR2000 was the world’s most powerful tidal turbine. In 12 months of continuous generation into the Orkney grid the prototype turbine exported over 3 GWh of renewable electricity.

The SR2000 was removed from site in September 2018 to make way for the build and installation of their optimised 2 MW floating tidal turbine, the Orbital O2 , due to be installed at EMEC in 2021. 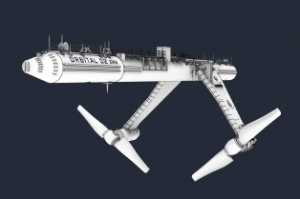 Orbital Marine Power works with around 24 suppliers from throughout the UK, including local supplier Green Marine and various companies based in post-industrial areas in need of regeneration and from gas and maritime sectors wishing to diversify and adapt, providing a valuable case study on the positive impact of marine energy on areas needing to level up.

Investing in a green future